So we are camping again after two nights in a cheep Ibis hotel only €77 a night including Petti dèjeuner. Only problem is we couldn’t cook so two evening meals @ €55 & €75 plus trip into Bordeaux food and drink etc about €50 and we are over €300 down🤤 Compare this to about €15 for a campsite and €10 for food, which makes me think we will be camping again and lots of it.

last night got a bit stormy, not just the weather where we had torrential rain. The biggest problem was the campsites music quiz. It was loud enough to included anybody within about 3 miles. Bettie and I had taken an early night but were kept awake for a couple of hours with not only the loud music but the contestants shouting out the answers. Still we managed to get about 11 hours sleep in. Today we are going back to the coast to view the biggest sand dune in Europe.

The Dune of Pilat, also called Grande Dune du Pilat is the tallest sand dune in Europe. It is located in La Teste-de-Buch in the Arcachon Bay area, it is 110m tall, 2.5km long and 500m wide

We will add some photos later. There is also a big military site all along the seafront just South of here which means we will be heading inland again soon. Some of the planes have been flying over the campsite. It seems strange to hear planes in the sky again. We seem to get use to them at home, what with living so close to Heathrow and hearing them now just reminds me that we haven’t heard or seen a plane for three weeks.

So we had just a short ride today mainly for two reasons, 1 we started late so as to let the tent dry out after lasts nights rain, and, 2, we are both knackerd. Having arrived at the Dune Du Pilat we are once again shocked and a little dismayed at the number of people here and also the number of cars. France seems to be either deserted or packed there is little in-between. Having got to the Dune we promptly cycled away from the crowds. Just a km down the road we found a campsite alongside the Dune so have camped here for the night. It’s a busy site but they all are along this stretch of the ride. It does have a bar and a shop so we should be ok for food tonight. 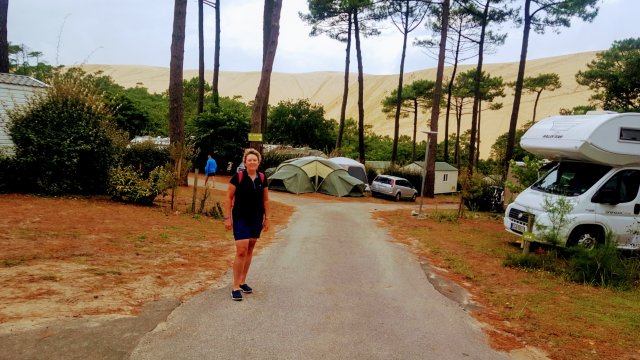 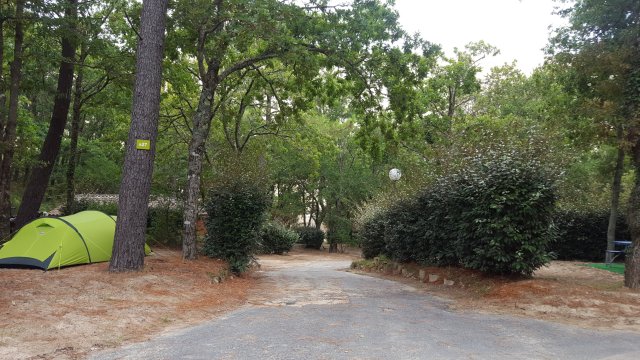 Well after dinner we walked to the top of the Dune it was surreal here are some of the photos we took. 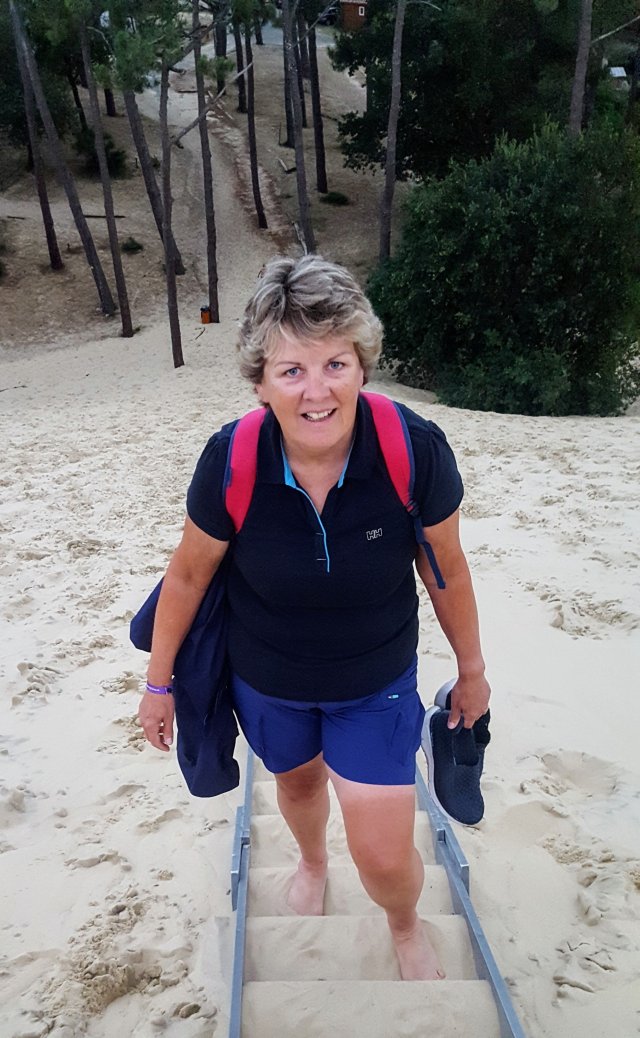 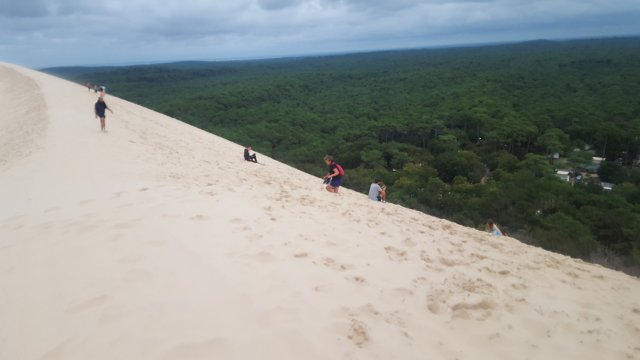 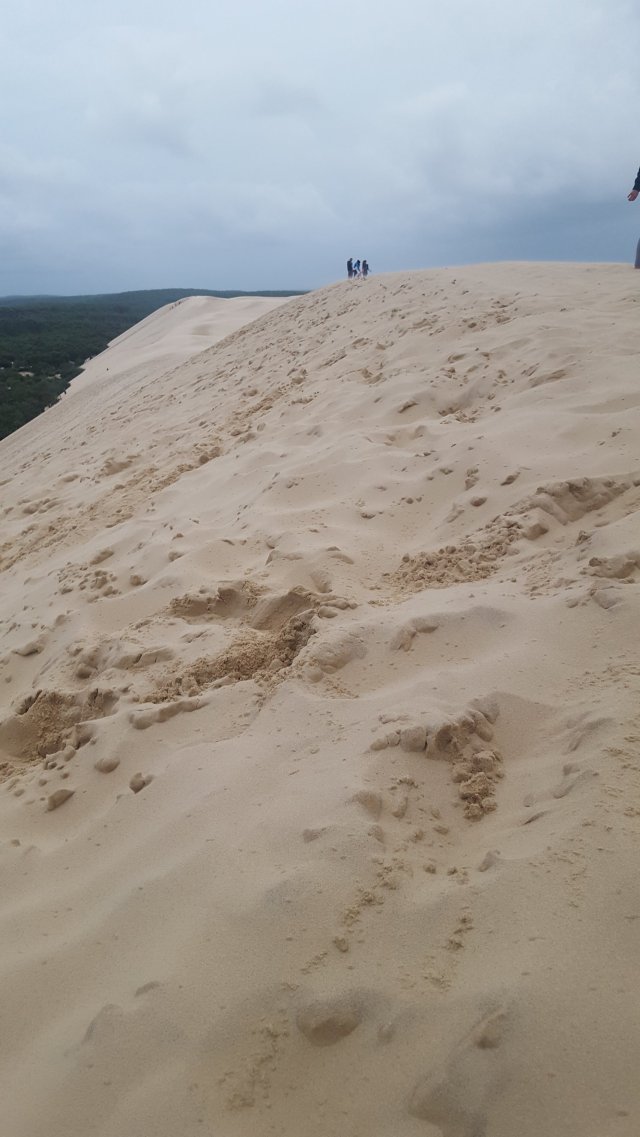 Rosè from the restaurant 7.5 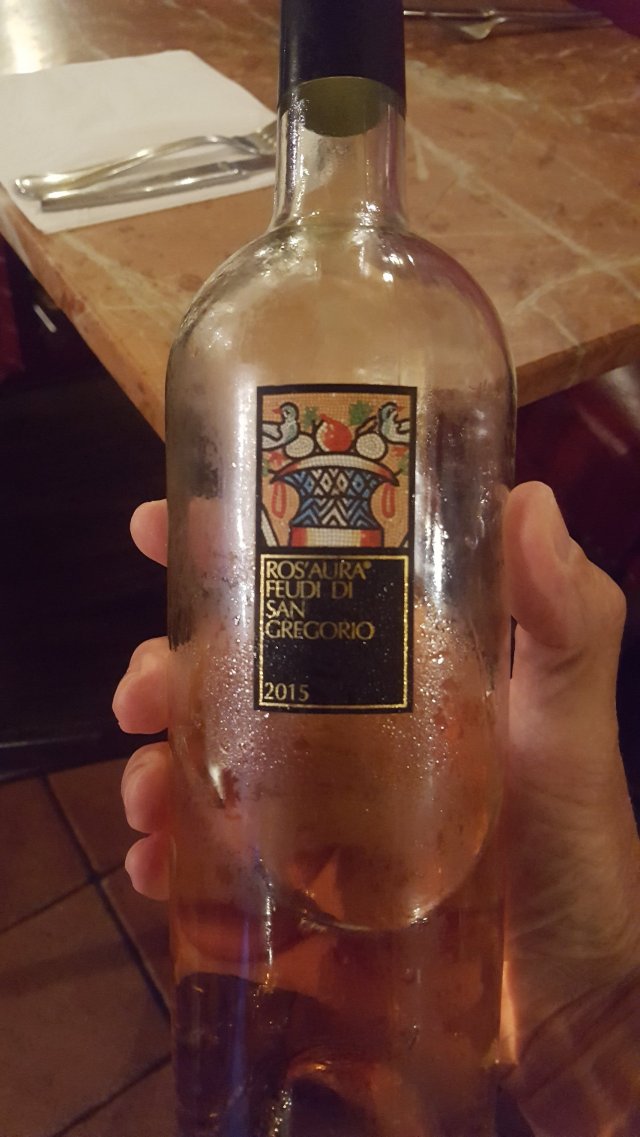 Old Bloke that doesn't know when to stop
View all posts by fred1960 →
This entry was posted in Cycling, Cycling, France, Holidays, Uncategorized. Bookmark the permalink.